No matter how many times you have visited Rome, there will be always something that you could miss: a corner, a square, a detail of a sculpture about which you ignored the existence. Rome is characteristic exactly for this: often, even where we couldn’t imagine it, like inside an institutional building, in a suburban alley we can find majestic examples of art, history and culture. So, for all those interested in discovering a different Rome from the usual tourist routes, here are some of the most hidden and intimate places of the city. 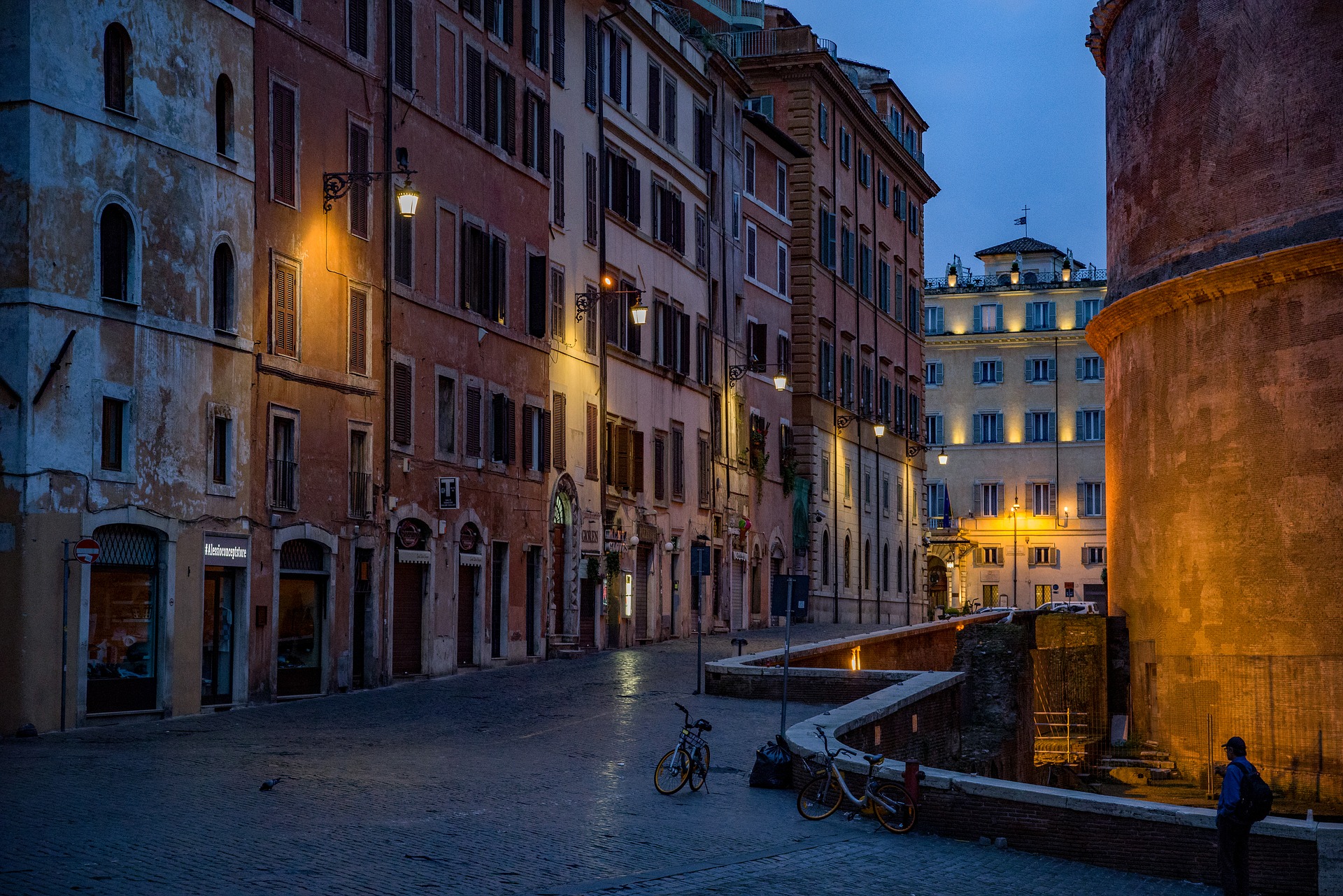 The Casina delle Civette was the residence of the last descendant of the Torlonia family, Giovanni Torlonia, who chose to furnish it according to a unique and unrepeatable architectonic style, with elements from Art Noveau and the Middle Ages, which gave birth to a combination of styles whose result is grotesque and disturbing but fascinating at the same time. The Casina delle Civette is located in Nomentana street, inside the park that bears his name. The interior spaces, arranged on two levels, are all particularly cared for in the finishing works; pictorial decorations, stuccos, mosaics, polychrome majolica, inlaid wood, wrought iron, wall fabrics, marble sculptures that show the owner’s attention to home comfort and to furnishings.

The Centrale Montemartini is a former thermoelectric power plant, inside which are exposed valuable sculptures from the Capitoline Museums, where the mixture of industrial archeology and classical art is unique. The exhibition includes five main pavilions: Republican Rome; the monumental center; the gardens, the imperial residences, the domus.

In Rome, there is a street where an astonishing optical effect occurs, which suddenly leaves all those who encounter it stunned. It’s Via Piccolomini, where it is possible to have a spectacular view of St. Peter’s Dome. Indeed, starting from the bottom of the road, it’s possible to observe, as we move towards the Dome, how it will get smaller every step we take! It’s a simple optical illusion, but that leaves the viewer impressed every time.

The oldest pharmacy in Rome, still opened, is located in Santa Maria della Scala, a gorgeous church in Trastevere. Its history goes back to the 16th century when it carried out miraculous preparations by Carmelite friars who cultivated spices in the garden of the Convent of Santa Maria della Scala. In the 1600s the pharmacy was opened to the public. Today it opens only on special occasions, with guided tours of associations.

At Pincio park, one of the most famous in Rome, there is a clock operated by the water of a fountain. The articulated device that allows the clock to function is clearly visible through a glass structure. The water clock was built in the second half of the 1800s by the Dominican Giovan Battista Embriaco and the architect Gioacchino Ersoch. Very few know that inside the green Villa Borghese, there is a curious water-powered clock. It is the only model of a hydrochronometer placed inside a public garden in Italy and is located in the Viale dell’Orologio del Pincio in Rome; it was even presented at the Universal Exhibition in Paris.
It was built in 1873 and it has four quadrants. Its ingenious operation is guaranteed by the spirt of the water below. This sets the pendulum in motion by loading both the movement and the chime by filling two bowls.
Gioacchino Ersoch took care of the setting. He inserted the clock in a small tower located in an island in the middle of the pond that can still be admired, with wooden decorations in a style that evokes the forest.

The Priory of Malta, is a very exclusive place of Rome. It’s always closed (you can visit the palace only during few guided tours once a year). Beside it, you can enjoy a very weird phenomenon which occurs from the lock of the door of the Priory, from which you can admire St Peter’s Dome in all its majesty. Closed to this magical place, there is the Oranges Garden (Il Giardino degli Aranci), a small park with a view of the Tiber made famous by a scene from Sorrentino’s The Great Beauty film. It is known as one of the most romantic corners of Rome, and it’s considered one of the secret and most unusual places in the capital. Its name is due to the many orange trees that surround it. Take your breath away at sunset, on summer or autumn evenings, when the trees below, on the Lungotevere, take on the warm colors of the Eternal City. 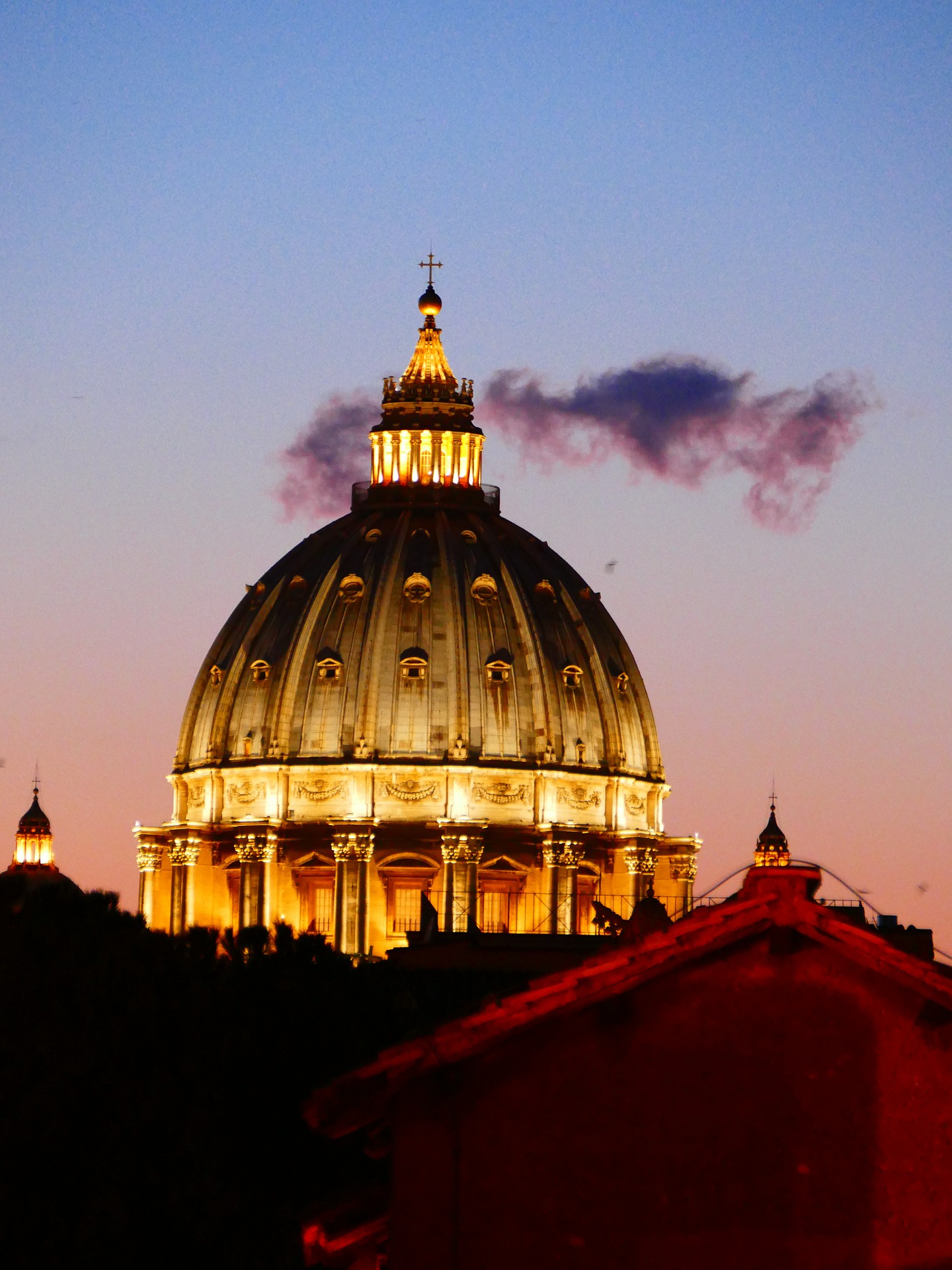 Between the Salaria and the Nomentana street, there is a tiny neighborhood, an architectural experiment by Gino Coppedè, from which it takes its name. The buildings and cottages that are part of this enchanted corner of Rome merge Art Deco, Gothic and Liberty and show the delirious artistic concept of its visionary creator. You can enter through an arch that unites two buildings, a sort of portal for a magical world in Rome. The Coppedè district is definitely an enchanting complex of buildings that deserves to be visited.
Due to its particular architecture, the Roman quarter was the setting for many films with directors such as Dario Argento, Francesco Barilli and Carlo Vanzina.

The Angelica Library, near Piazza Navona, was the first public library in Italy and the second in Europe after Oxford. In this spectacular library, there are engravings, hundreds and hundreds of manuscripts, Greek and Latin books. Also, the Angelica Library occasionally hosts events and concerts.

In the Tor Marancia district in Rome, there is a special museum. It is the first apartment block museum in the world and is one of the best places to reach to see street art in Rome. The open-air museum exhibits works and murals of 22 international artists. The museum was born through the Big City Life project. The condominium of about 1000 families lives in an area composed of 11 buildings whose facades house 22 murals created by artists from 11 countries and 4 different continents.

It’s the first district of Rome and one of the most distinctive places in the city, located between the Imperial Forums and the Basilica of Santa Maria Maggiore, with its main Colosseum tourist artery.
Characterized by a continuous blossoming of wine bars, galleries, and clubs that every year attract anyone who wants to experience the real Rome, like those beautiful black and white films, when Cinecittà excelled with Hollywood.
In this district it is also possible to find Via Panisperna, where the Royal Institute of Physics of the University of Rome was located, where Enrico Fermi and other Italian physicists studied and then discovered the properties of neutrons, starting the construction of the first nuclear reactor. 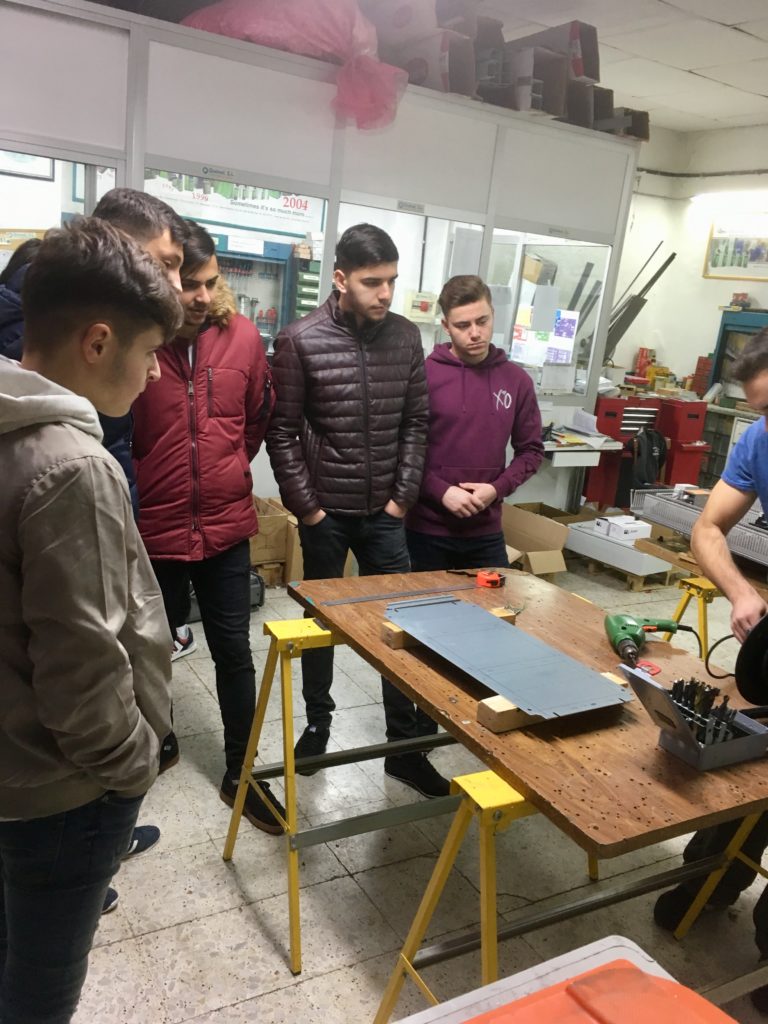 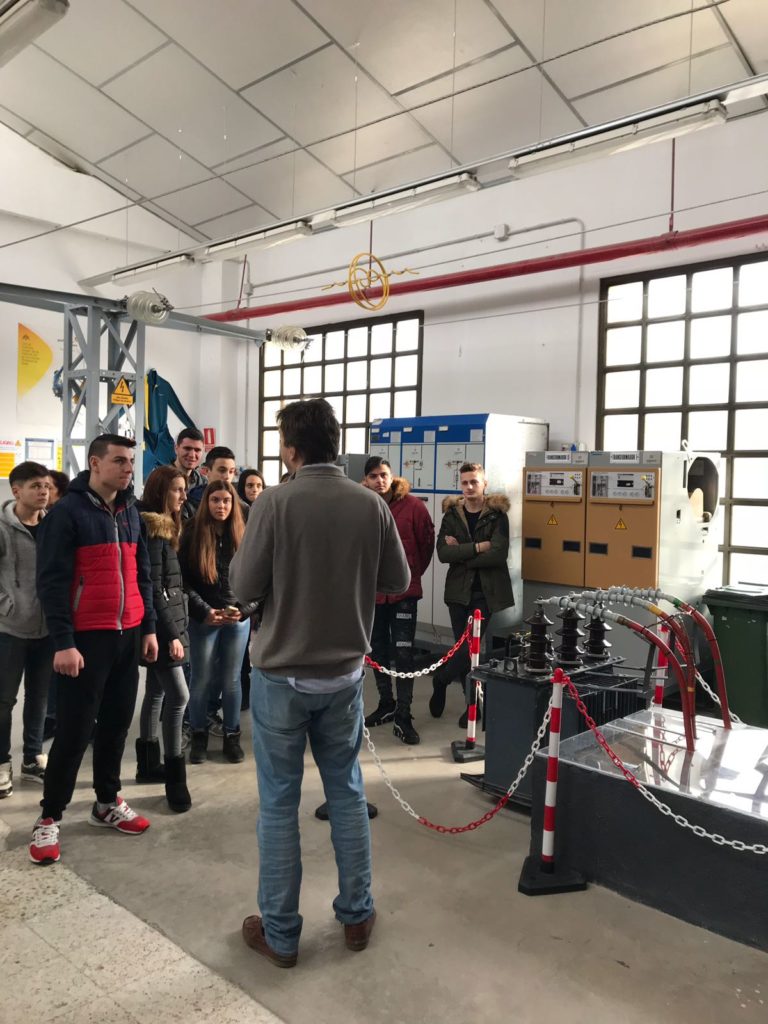 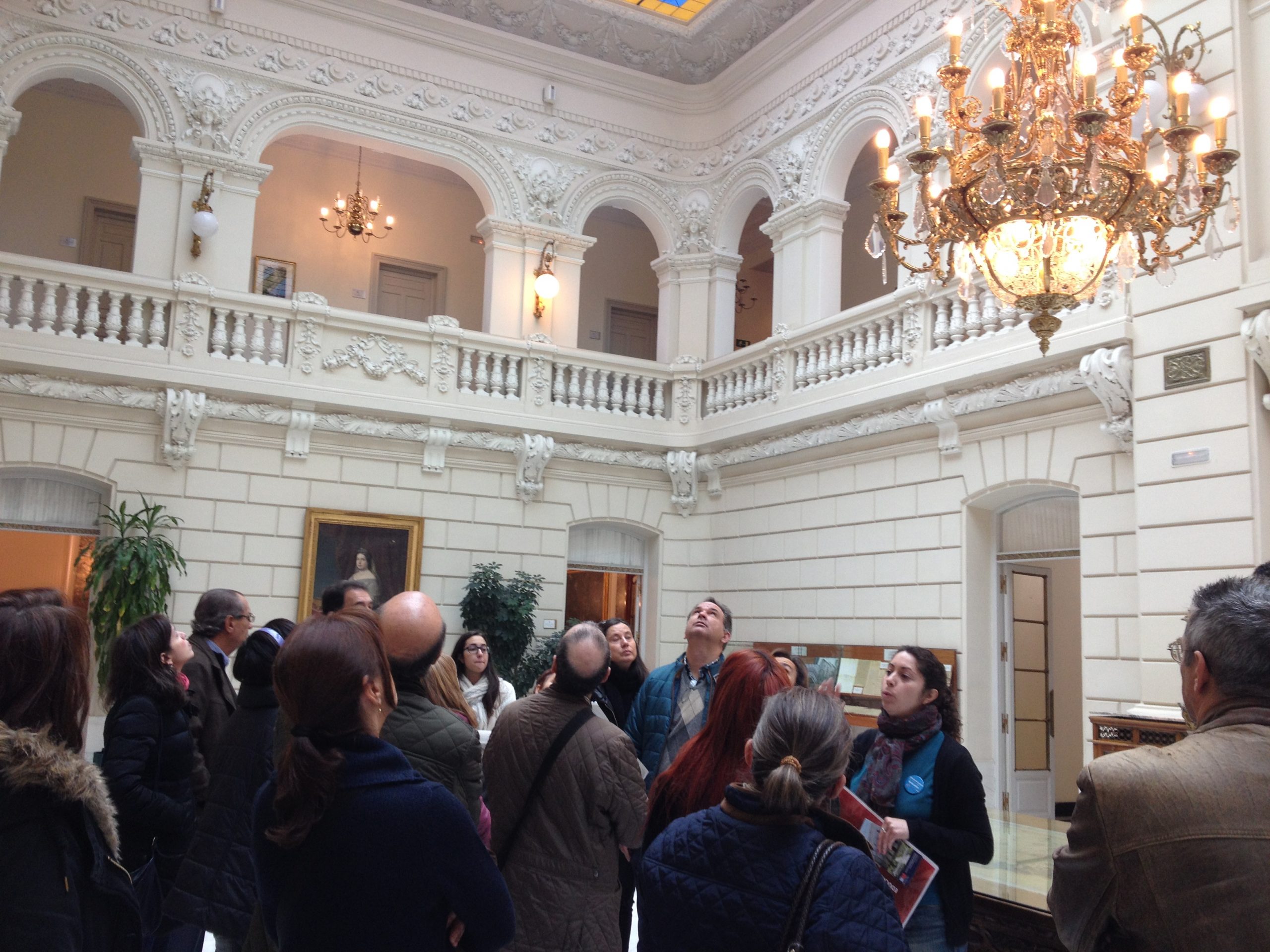 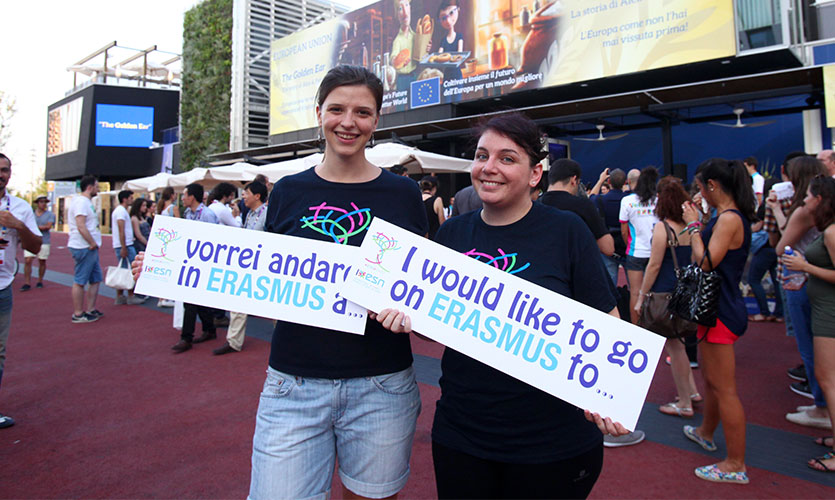 In December 2021 we have received in Rome our partners from the KA227 project CreADtivity. Each member presented the contents of their module, discussing the methodology and activities proposed. We also started to define the Leggi tutto…

Cultural guided tour in the centre of Rome

Our team of art historians organises interesting tours of the centre of Rome for the participants we host. In these photos you can see one of the most popular and requested tours: St Peter’s and Leggi tutto…

During the stay of our participants, we have organized a Job Shadowing in a very important restoration school in Rome. Carpenters have seen tools and techniques which students and professionals usually apply at work. This Leggi tutto…